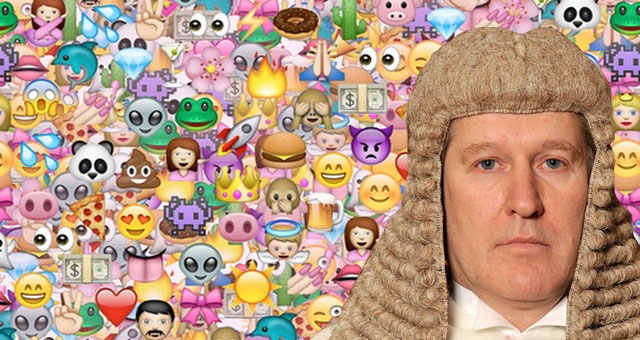 It was a pleasure to meet you on Monday and I hope your camp this week went well.

This case is about you and your future, so I am writing this letter as a way of giving my decision to you and to your parents.

When a case like this comes before the court, the judge has to apply the law as found in the Children Act 1989, and particularly in Section 1. You may have looked at this already, but if you Google it, you will see that when making my decision, your welfare is my paramount consideration – more important than anything else. If you look at s.1(3), there is also a list of factors I have to consider, to make sure that everything is taken into account.

When I was appointed as a judge, I took the oath that every judge takes to apply the law in a way that is fair to everybody. Some people will say that this or that decision isn’t fair, but that’s usually their way of saying that they don’t like the decision. People who like decisions don’t usually say they are unfair. Here, your father loudly says that Cafcass is biased against fathers and during the hearing it became clear that he doesn’t have much confidence in me either. He is entitled to his view, but I can tell you that I found no sign of bias on Gemma’s part; on the contrary, I found her someone who had thought very carefully about you and your situation and used her professional experience of many, many family cases to reach an honest view of what would be for the best.

The decisions that I have to take are these: (1) should you go and live in Scandinavia? (2) should you become a citizen there? (3) if all your parents are living in England, should you spend more time with your dad? (4) if your dad goes to Scandinavia, and you stay here, how often should you see him?

Here are the main matters that I take into account:

So, coming to the orders I am going to make:

A. I dismiss your dad’s applications to take you to live in Scandinavia and for you to apply for citizenship there.

B. You will have a holiday of a week in the second half of August this year with your dad, to be spent at his home unless he and your mother agree that it is going to be spent somewhere else.

C. I shall direct your father to write to your mother no later than 1 September to inform her whether or not he will be moving to Scandinavia and, if so, when.

D. If he writes that he is going to be moving (or does not write at all), contact will remain as it is: i.e. alternate weekends from Friday evening to Sunday evening. After he goes, contact (face-to-face and by phone/Skype etc) will be as agreed between your parents.

E. If your father writes to your mother that he is not going to be moving, contact will take place as follows: From the beginning of September, alternate weekends from Friday direct from school to Monday direct to school, until the end of the year. From the beginning of 2018, it will be alternate weekends from Thursday direct from school to Monday direct to school. I have not followed Gemma’s suggestion exactly because I think it is harder on you going backwards and forwards between the two homes every week. I think it would be better if you did that once a fortnight and that the increase is phased in.

F. I will make an order under s.91(14) of the Children Act that no further applications concerning you can be brought before the court by anyone, including yourself, without the Designated Family Judge giving permission. This order will run until 1 September 2019, so after your GCSEs. I do not think it need run for longer than that. The court will always give permission if someone wants to bring a reasonable application, but it gives the court control before any fresh proceedings are started.

Sam, I realise that this order is not the one that you said you wanted me to make, but I am confident that it is the right order for you in the long run. Whatever each of your parents might think about it, I hope they have the dignity not to impose their views on you, so that you can work things out for yourself. I know that as you get older, you will do this increasingly and I hope that you will come to see why I have made these decisions. I wish you every success with your future and if you want to reply to this letter, I know that your solicitor will make sure that your reply reaches me.

Lastly, I wanted to tell you that your dad and I enjoyed finding out that we both love the film My Cousin Vinny, even if it might be for different reasons. He mentioned it as an example of a miscarriage of justice, while I remember it for the best courtroom scenes in any film, and the fact that justice was done in the end.